The artist, who lives and works in Bornheim-Merten, first exhibited in our gallery in 2017 and has been represented by us throughout Germany since then. For her, nature and its eternal cycle of “Becoming – Being – Decaying” are at the center of her artistic work. Its beauty, but also its vulnerability, but above all its elemental force, fascinates the artist anew. This includes, in particular, the connection between nature and music, which is particularly topical on the occasion of the Beethoven anniversary. This symbiosis, which is particularly expressed in her tree scores, has placed her in the focus of the exhibits shown here.
Maria Dierker graduated in 2000 with a diploma. Subsequently, she was a master student of Professor Dr. Qi Yang. Since then she has been to Southeast Asia (People’s Republic of China, South Korea), Africa (including Gambia, Kenya, Senegal, Sudan), Europe (alongside Germany including Azerbaijan, Belgium, Denmark, France, Italy, Malta) with study visits, artist exchanges, projects and exhibitions , Netherlands, Poland, Romania). She also took part in renowned advanced training courses in Zen calligraphy and Far Eastern painting with internationally known masters. In addition to painting, installations shape her artistic work. Maria Dierker is also a “Sevengardens Dialoger” and thus a recognized representative of this official measure of the UN Decade “Education for Sustainable Development”. In addition, she works as a lecturer in adult education.

During their travels, musicians, including Ludwig van Beethoven, have repeatedly stopped in nature and found inspiration for their works there.

This fact is reflected in my “tree scores”. With frottages from different trees, I interpret the close relationship between nature and music. Because every tree has its own “melody”, a fingerprint of its special being, so to speak. At the same time, the similarity to handwritten scores is unmistakable. As a lover of nature, Beethoven found relaxation, loneliness and inspiration in nature and wrote, among other things, “It’s as if every tree in the country spoke to me: Holy, holy! Every tree speaks through you, oh god. Sweet silence of the forest. ”

With my works I want to take Ludwig van Beethoven’s deep connection with nature into account. At the same time, I would like to support the need for nature conservation, especially trees and forests, with my work cycle “The Tree” and thus promote a close connection between art and ecology. 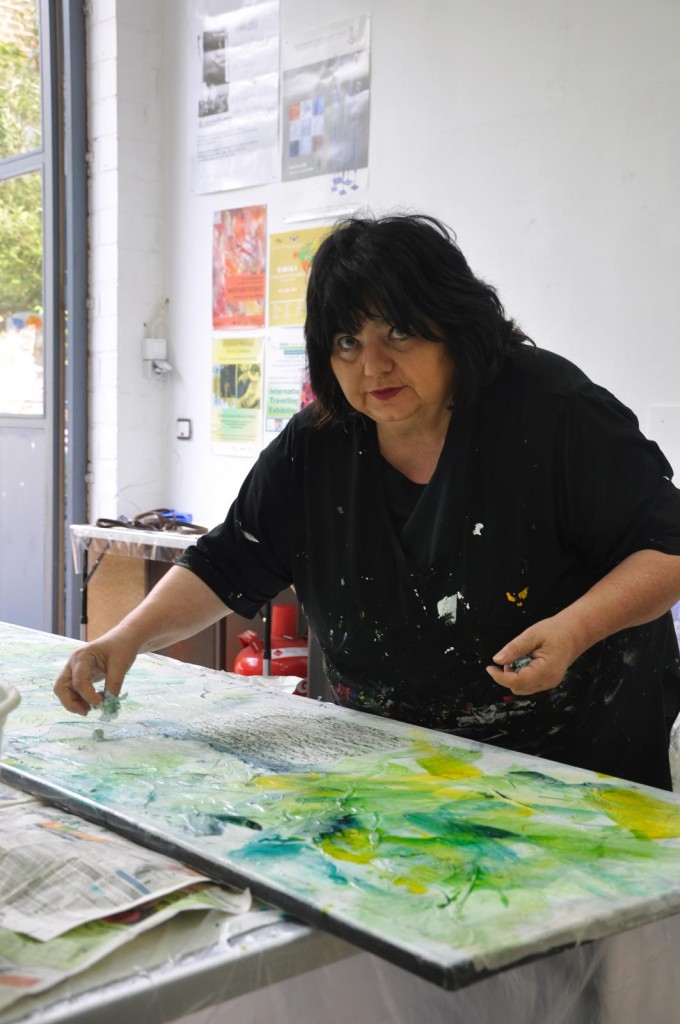 “The symbiosis between man and nature is certainly disturbed today. The divine call “Make the earth full and be masters of it” today is unfortunately often misunderstood as an incentive to its radical exploitation. To change this is certainly one of the most important tasks of today’s political and social agenda. The prerequisite for this is the sensitization of people to this topic.

I want to contribute with my paintings. That is why nature has been my theme for many years. Its eternal cycle “Becoming – Being – Decaying” is a fascination, which no one can escape from. For this cycle affects mankind as well. In nature, I can also reproduce everything that is important to me beyond what is said above: beauty, movement, life and freedom. I interpret this natural process of development artistically in my paintings, which captivate the viewer with a deep metaphor and thus set a deep memorial to nature. “

“The ‘Melody of the Trees’ was always present for the artist – nature in becoming, being and decaying has always been at the center of her work. Exemplary is a series of leaf frottages in ink / shellac behind glass representing the eternal cycle of life and death – a small “memento mori” as a reminder of its own transience.

To physically approach the tree, to feel its bark surface and to make it immediately visible on paper, is – it seems – a logical and consistent development of Maria Dierker’s work.

The artist lovingly embraces the trunk of the living tree in the middle of nature with Wenzhou (Chinese) rice paper and takes up the surface with ink and graphite. Respectfully she encounters the tree as a living being, senses it with all senses, investigates its signals. … And the tree answers with a song, the frottage becomes the score – the sound of life. Suddenly, notes dance over the paper and play the melody of the eternal cycle of nature. “

Works of the exhibition “Sound of Trees” 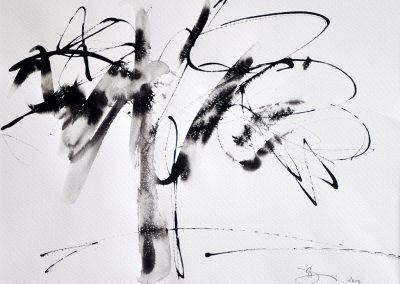 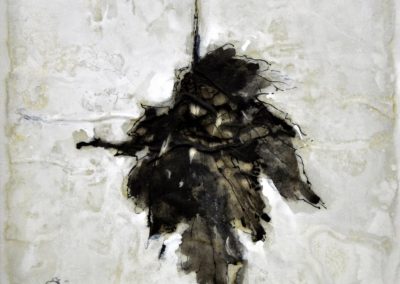 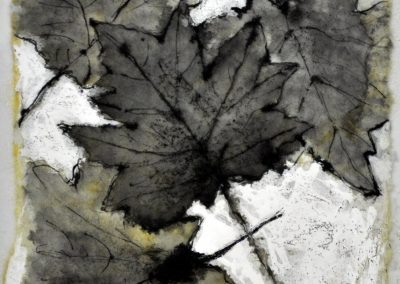 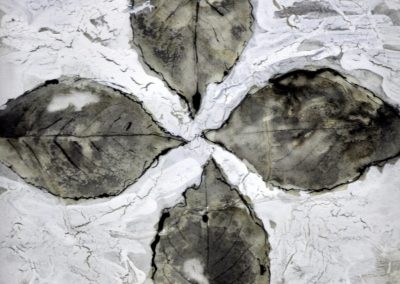 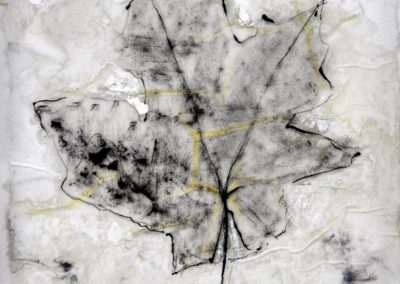 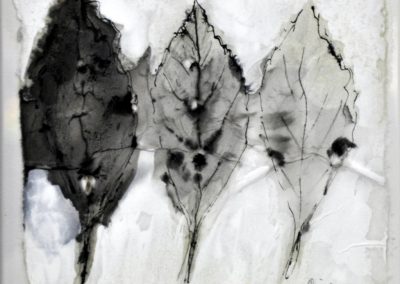 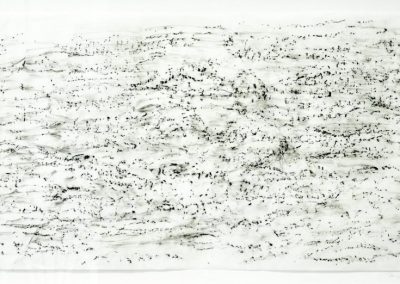 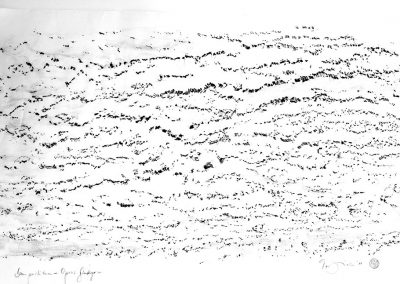 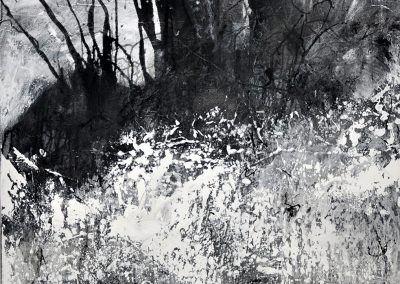 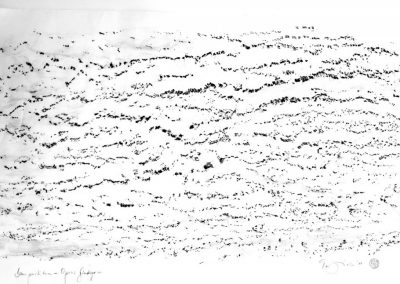 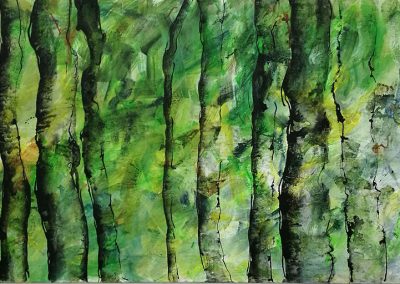 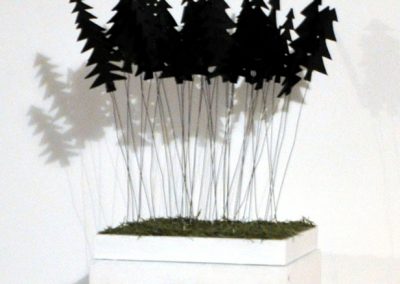 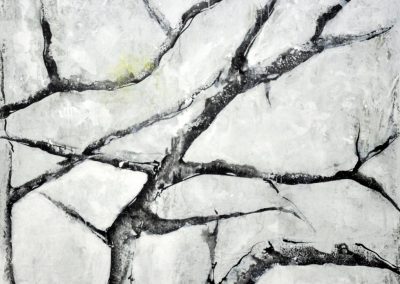 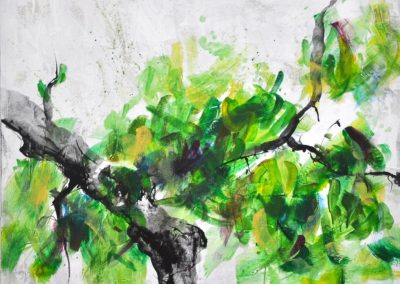 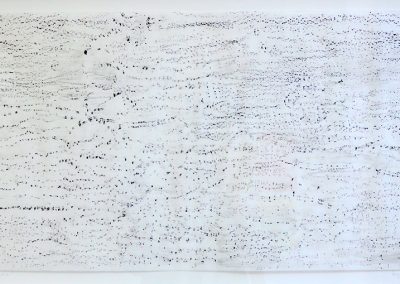 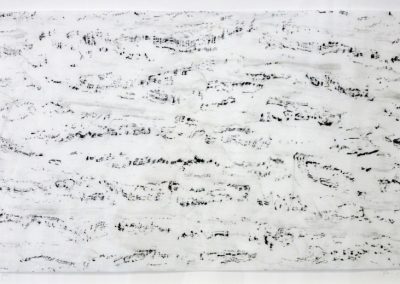 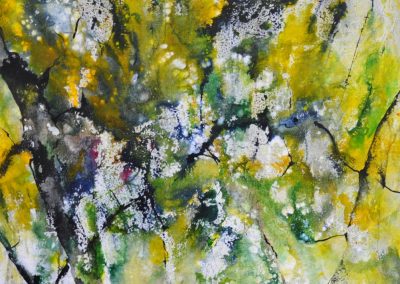 Introductory lecture by Gabriele Paqué on the exhibition “Sound of Trees”

Reception of the exhibition “Sound of Trees” in the press 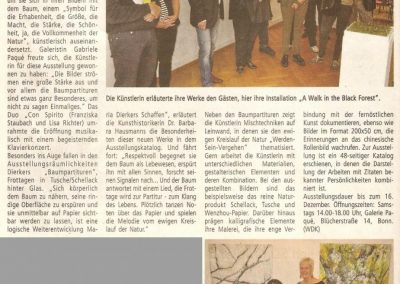 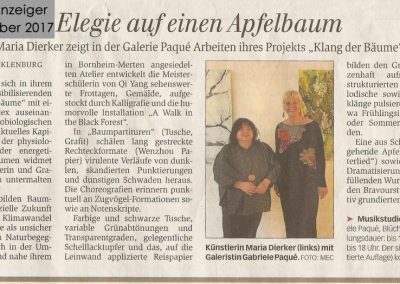